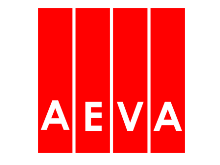 Non-profit association, dedicated to the education and valorization of the Aveiro Region. An association that develops several actions to promote the development and valorization of the communities. It is based in the city of Aveiro, with a delegation in Sever do Vouga, and has influence in all eleven municipalities that make up the Intermunicipal Community of Aveiro Region. The work of this Association is developed mainly in the Region of Aveiro, having a projection at a national and international level. It is constituted under the form of 'brands' / valences which act in several areas.